Dubai is an attractive city that is famously known as the ‘City of Gold’. The reason behind this nickname is the unbelievable rise from a Gulf port to a rich and famous business crossroads in a very short period. This name is quite reasonable for a city like Dubai, which is known for its riches, mystique, innovation, architecture, and shopping complexes.

The innovative architectural development has given Dubai a separate admiration from all over the world. Tourists from all over the world visit Dubai to admire the beauty of amazing and unbelievable architecture such as Al Fahidi Quarter, Sheikh Saeed Al-Maktoum House, Jumeirah Mosque, Dubai Frame, Sheikh Zayed Road, Burj al-Arab, Alserkal Art District, and many more.

The amazing architects and engineers from all over the world have dedicated their innovative ideas to making buildings that can touch the sky. Apart from its commercialization as a hotel, restaurant, shopping complex, residence, and healthcare, etc. These buildings serve as tall skyscrapers for the general public and offer them an amazing view of Dubai at an affordable price. These tall skyscrapers are indeed a must-visit place for everyone, once in their life. To give an insight, here are the top 5 tallest skyscrapers in Dubai that you must visit— 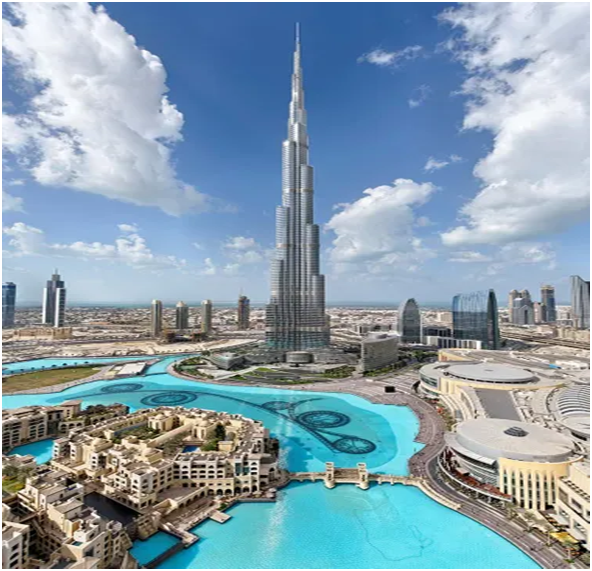 The Burj Khalifa owns the first position in the list of tallest skyscrapers of Dubai. There is no competitor of Burj Khalifa in its entire history, holding a world record of being the tallest building of  830 meters for more than a decade. The Burj Khalifa is named after the leader of the bordering emirate of Abu Dhabi, sheikh Khalifa bin Zayed Al Nahyan. Earlier it was named ‘Burj Dubai’. This tall skyscraper is the hard work of around 12,000 people, including the innovative ideas of Adrian Smith as an architect and William F.Baker as a structural engineer. The Burj Khalifa is designed under ‘Skidmore, Owings & Merrill’ — a Chicago-based architectural firm. 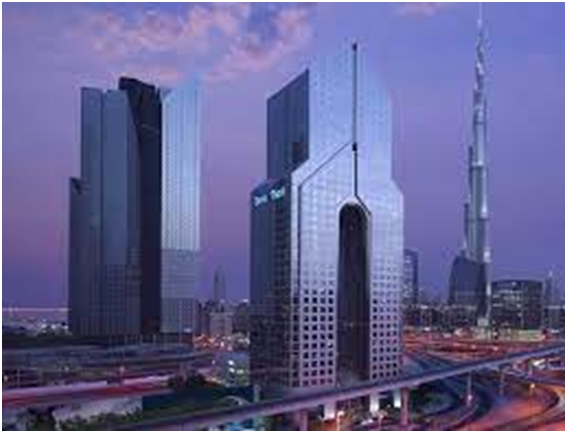 Dustin Thani is located at the amazing Sheikh Zayed Road, standing at a height of 501 feet. This building is commercialised as a hotel and was constructed under Khatib & Alami in 2001. This hotel holds an EarthCheck Gold Certification for sustainability, making itself the first hotel in the Gulf countries to get this certification. This skyscraper is beautifully designed and constructed, making it an ideal hotel to stay. 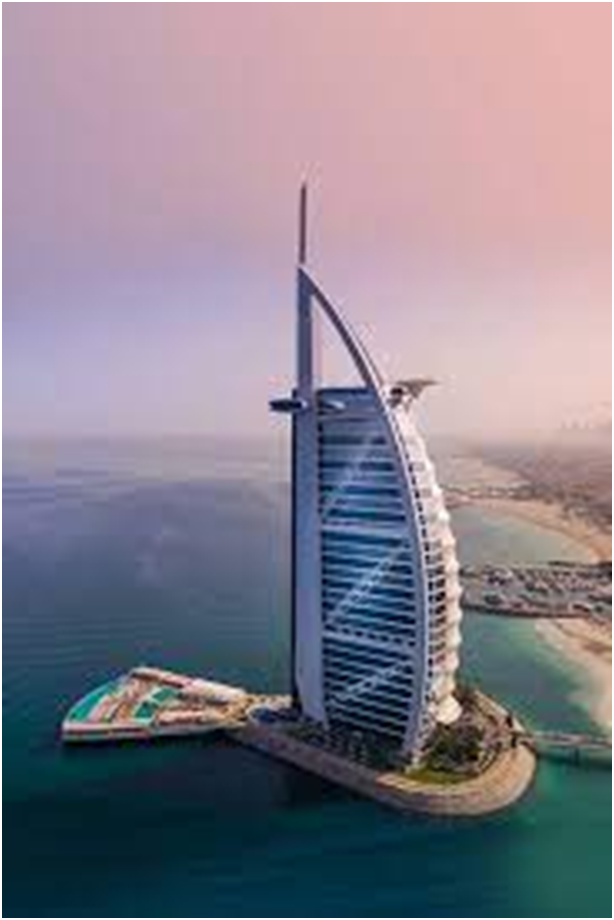 Burj Al Arab is the only hotel holding a seven-star rating. This building was finished in the year 1999 and soon became an icon of Dubai. Burj Al Arab was designed by Tom Wright and one can get access through a private bridge or the hotel’s helipad. The building is designed like an uber-luxe sail-shaped. Your Dubai journey can remain incomplete unless you visit the icon of Dubai– Burj Al Arab.

JW Marriott Marquis is the world’s second tallest hotel after Abraj Al Bait and was designed under Arch Group Consultants. The design of the building is in the shape of a tower in which each measures 1,165 feet. The construction of the tower was completed in the year 2012 and 2013. This amazing hotel is known for its best service and accommodation. 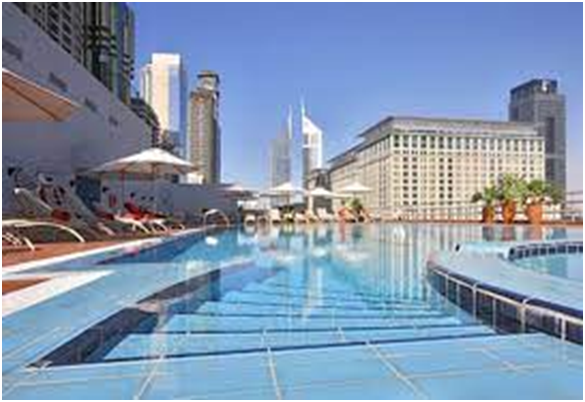 Rose Rayhaan had been holding the position of the world’s largest hotel until JW Marriott came into the race. The beautiful architecture of Rose Rayhaan is designed by the Arabian Construction company and it was completed in the year 2007. Rose Rayhaan is unique in following the protocols. This hotel works per Islamic law as it comes under a few hotels in Dubai that are alcohol-free. The height of this amazing skyscraper is 333 meters.