The Beginner's guide to Wikipedia-World's most trusted Encyclopedia

Any person who has surfed the internet has read at least one article on Wikipedia. It is a free, editable by anyone, multilingual, open online content encyclopedia. It has an article on nearly everything from celebrities like James Bond to scientists like James Watson. It is the largest and one of the most read websites on the internet! The owner of Wikipedia is Wikimedia foundation which is an American, non-profit organization. On January 15, 2001, it was launched by Jimmy Wales and Larry Sanger. Initially, it was available only in English but now it is available in around 323 languages 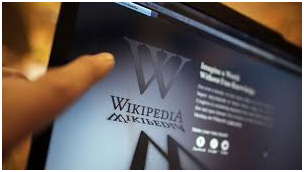 Who writes on Wikipedia?

This is one of the most asked questions and the answer is ANYONE. Anyone can create an article on Wikipedia about anything (even about themselves). They can also edit an existing article and they do not need any kind of formal training to do so! All that is required is a computer or laptop or even a mobile phone and a good internet connection. The individuals who contribute to the free encyclopedia, the editors, are known as "Wikipedians". There are also professional Wikipedia editors who provide professional services regarding several Wikipedia tasks on behalf of you and your company.

So is the free encyclopedia reliable?

The fact that anyone can edit any existing article raises a big question mark on the credibility of information on Wikipedia. Any article on physics or chemistry is fairly reliable but any article on topics like the history of a country, religions, biography of a politician, sportsman, or other celebrity are very vulnerable to vandalism. People can misuse this website to spread false information about any caste or religion which can further take really ugly turns.

But if anyone edits an article to tries promote their agenda and spread false information against a particular group; it would not last for more than an hour! Wikipedia has volunteers who review the articles and ensure that the articles meet rules for content and other rules of the free encyclopedia.

The rules and principles of Wikipedia

Wikipedia has certain guidelines and policies for the content of the encyclopedia, if the article is noteworthy or not, ensure that editors do not edit an existing article for spreading their agenda. Volunteers ensure that these rules are followed in an article.

The five pillars of Wikipedia

1. It is an Encyclopedia: Wikipedia is not like a dictionary where you can go and get reliable information on any topic. The site itself says its information is not completely reliable! It is not like Twitter where you can give your opinion on a decision of the prime minister, review a movie or tell the world which political party you are supporting. It is also not like Instagram or WordPress and you cannot post your personal blogs or share your travel journey, here!

2. It is written from a neutral point of view: As said, it is not a site for personal opinion or experience. It believes in spreading actual information and issues and not interpreting them a certain way and starting a debate.

3. It is free content that anyone can use, edit or distribute: Wikipedia is known as the free encyclopedia. Anyone can edit an article any number of times but one should not use plagiarized content or edit an article to spread false information.

How you can write an article on Wikipedia too?

1.Create an account: First of all, you have to be a registered user to edit an article or to create one. All you require for that is a username and email address.

2.Practice first: A beginner should always practice before actually writing and familiarize himself with the process. For this user can choose "Practice in the community sandbox"

3.Your article needs to be notable: Your topic must not have an article already written about it. Wikipedia gets tons of submissions every day and rejects tons of them because they do not meet the notability requirements.